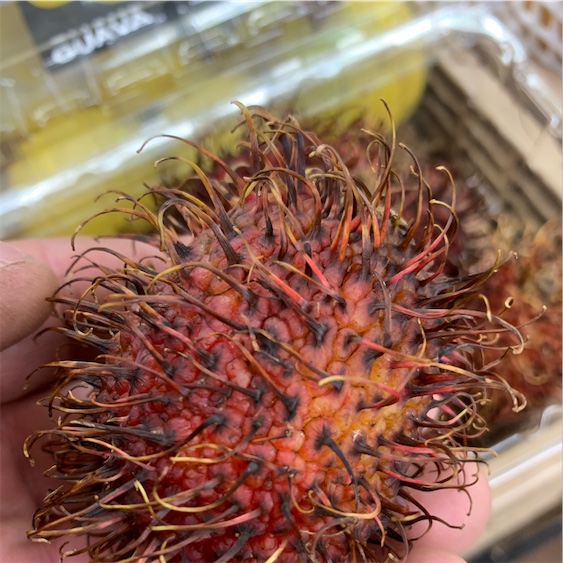 Sage is a green leafy herb with a bushy growing habit. Its long stems reach over half a meter tall covered in narrow, lance-shaped leaves with silver stems. The leaves measure up to 6 centimeters long and around 1.5 centimeters wide, characterized by their greyish green color, fuzzy texture and silvery bloom. Young leaves may have a purple tint. Sage offers a musky, camphorous aroma and offer an earthy, piney flavor. Sage can be more intensely flavored when dried.

Sage is available year-round with a peak season during the late spring and through the summer months.

Sage, also known as Common Sage or Garden Sage, is botanically classified as Salvia officinalis and belongs to the mint family. In a nod to its medicinal qualities, its genus name is derived from the Latin word for “to be saved.” Sage has been used for medicinal purposes since the time of the pharaohs in Ancient Egypt. It has been called the herb of longevity for its healing properties, its ability to stave off infection and help one’s memory. There are many different varieties and cultivars of Sage, some with fruity fragrances and others meant for use as an ornamental.

Sage is an excellent source of vitamin K and a source of fiber, calcium, iron and manganese. The nutrient-dense herb also contains copper, magnesium, zinc, and omega-3 fatty acids as well as trace amounts of some B-complex and A vitamins, folate, vitamins C and E, beta-carotene, lutein and zeaxanthin. Sage leaves contain flavonoids, volatile oils that include terpines, rosmarinic acid, tannins, camphor, salvene, cineol and pinene.

Sage should be used sparingly as its flavor can overpower other flavors. Sage can be used fresh though it is often used in cooked applications. Chop fresh leaves for herbed rubs, marinades and dressings. Add fresh leaves to clarified butter for tossing with pastas or blanched vegetables. The aromatic herb pairs well with pork, sausage, and lamb as well as poultry and strong cheeses. Sage can be dried and can be used for tea or ground and used as a spice. Add fresh or dried to stocks, soups, and stews. Store fresh Sage wrapped in a damp towel in the refrigerator for up to 3 days. Dried Sage will keep for up to six months in an airtight container.

The Greeks were the first to cultivate Sage and are the ones responsible for the herb we know today. They used the pungent herb for a variety of ailments, from ulcers to snake bites. The Romans considered it a sacred plant and gathering Sage was a ceremonious affair requiring clean clothes and feet and a cutting instrument not made of iron.

Sage is native to the countries that border the Mediterranean Sea, including Spain, Italy, Egypt, Algeria, Turkey, and Greece. The herb dates back more than 4000 years and was included among the main ingredients used to embalm the exalted pharaohs. Sage was popularized by the Greeks and Romans, who introduced the herb to Britain. Its use as a culinary ingredient increased during the Middle Ages. There are several varieties native to Central America that are fruitier and quite dissimilar to Mediterranean Sage. The most common culinary varieties are ‘Summer’ Sage and ‘Winter’ Sage, referring to the season in which they are harvested. Sage grows prolifically in most countries areas around the world and is easy to grow. It’s often planted with other herbs and vegetables as a natural insect repellent. Sage can be spotted at most grocery stores and farmer’s markets.

Restaurants currently purchasing this product as an ingredient for their menu. the other 133...

Recipes that include Sage. One

People have shared Sage using the Specialty Produce app for iPhone and Android.