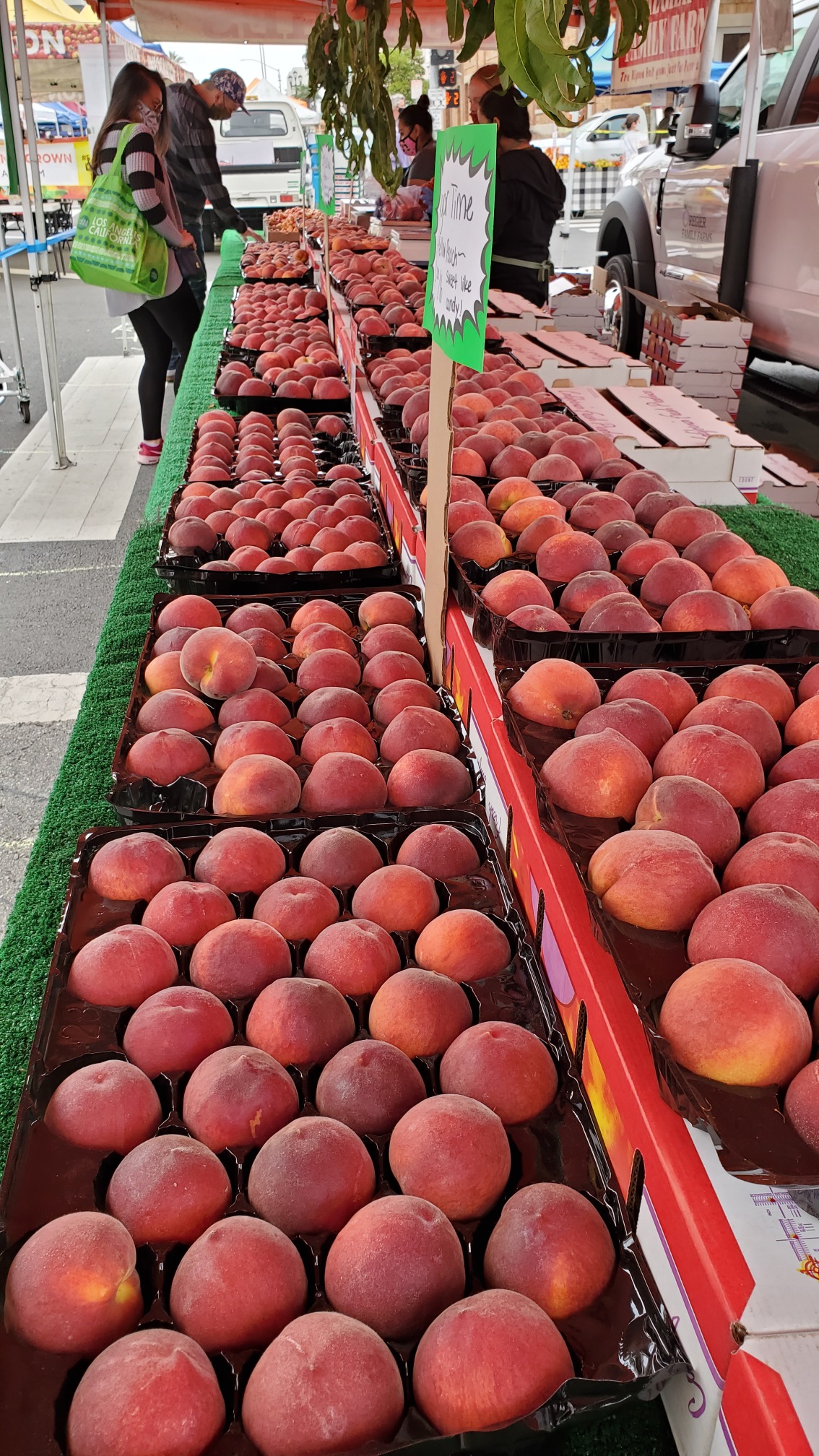 Garnet yams are medium to large in size and are slender, ovate, and cylindrical in shape, tapering at the ends. The rough skin is a dusty brown-maroon with some brown spots scattered across the surface. The flesh is orange-gold and is firm, dense, and moist. When cooked, Garnet yams are starchy and moister than other yam varieties, and its flavor is sweet with a savory earthiness. In addition to the tubers, the leaves of the Garnet yam plant are edible as well, offering both nutrients and a flavor similar to that of spinach.

Garnet yams are available year-round, with peak season in the fall through winter.

Garnet yams, botanically classified as Ipomoea batatas, are a root vegetable of the Convolvulaceae or morning glory family. It is not a true yam, but rather a sweet potato that lost its identity to an American labeling system that forced the naming of yellow-orange fleshed sweet potatoes to include yam in their identification. Today the USDA requires that all yams also be labeled as sweet potatoes when sold. Garnet yams earned their name from the color of their skin, and the opulent maroon skin tone is similar in color to a garnet stone.

Garnet yams are an excellent source of dietary fiber and offer a healthy dose of vitamin C, B6, iron, copper, and potassium.

Garnet yams are best suited for cooked applications such as baking, roasting, frying, steaming, mashing, and pureeing. The high sugar and starch content of Garnet yams makes them suitable for a wide range of both sweet and savory applications. They can be roasted or baked whole and served as is or with complimentary ingredients such as cinnamon, cilantro, red bell pepper, cumin, chili pepper, feta cheese, Greek yogurt, and poultry. Garnet yams can be steamed and then mashed or pureed and used to make sauces, gnocchi, soups, and curries. They can also be used as a filling for both sweet and savory pies and empanadas. Slice into rounds or sticks and bake or fry to make French fries. Add cubed and roasted or sautéed Garnet yam to breakfast hash, curry, risotto, pasta, or atop pizza. Complimentary flavors include sage, thyme, lime, persimmon, onion, chipotle chili, black beans, pecans, honey, maple syrup, parmesan cheese, and bacon. Refrigeration should be avoided when storing Garnet yams as it will cause them to spoil faster. Garnet yams will keep up to four weeks when stored in a cool and dry location away from direct sunlight and heat.

Restaurants currently purchasing this product as an ingredient for their menu. the other 44...

Recipes that include Garnet Yams. One