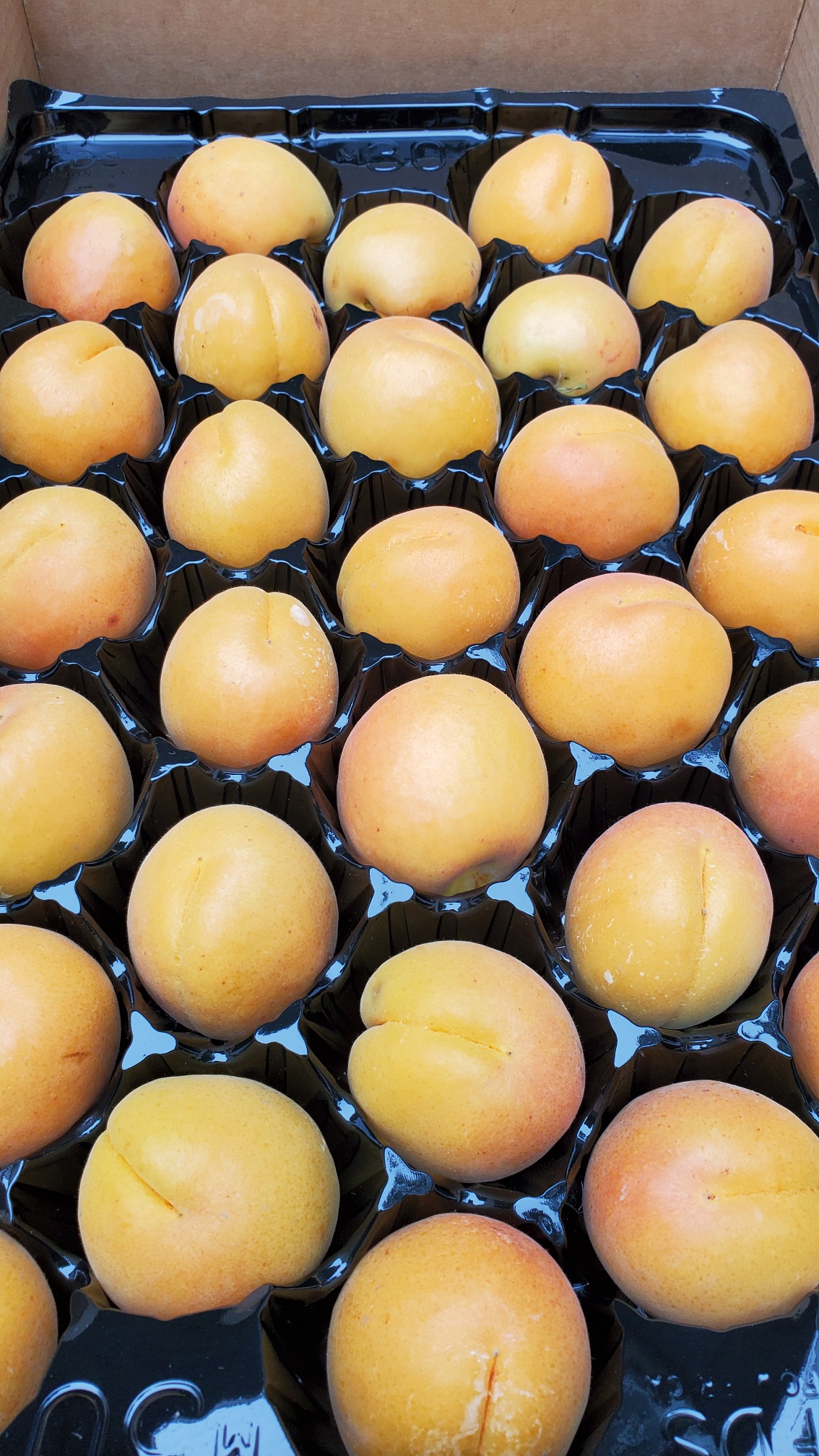 Meyer lemons easily differentiate themselves from a common lemon with their smaller size, smoother, thinner rind and less pronounced mammilla. They are more round than ovate, measuring up to 8 centimeters in diameter. They are a deep, brilliant yellow color. Meyer lemons are highly fragrant; the rinds are full of volatile oils. Their pulp is low in acid, aromatic, floral and sweet. Meyer lemons are only moderately seedy.

Meyer lemons are available year round with peak season in the winter.

The Meyer lemon, botanically known as Citrus meyerii, is believed to be a natural hybrid of a lemon and a mandarin or a lemon and a sweet orange. Most of the Meyer lemon trees in the United States were destroyed in the 1940s when it was discovered to be carrying a virus that had killed millions of citrus trees worldwide. Meyer lemons were re'released in 1975 by the University of California as the "Improved Meyer lemon." The popularity of Meyer lemons spiked during the California Cuisine revolution in the late 1990s when chefs such as Alice Waters at Chez Panisse began to favor its usage on their menus.