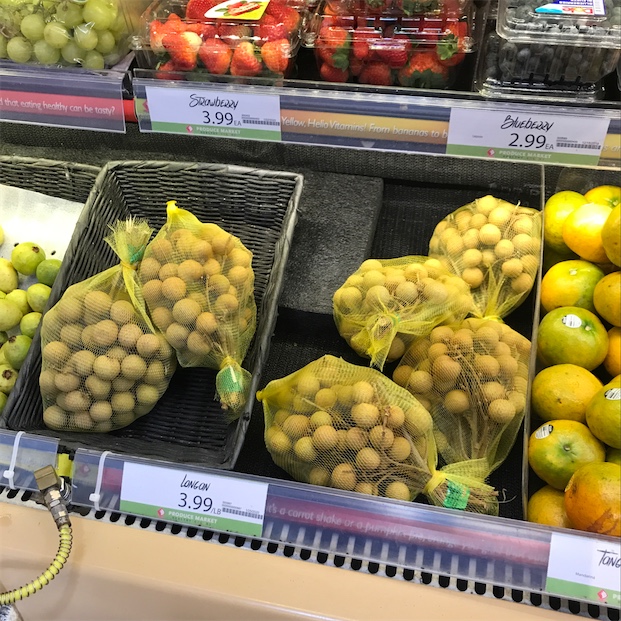 Yellow chile peppers widely vary in size and shape depending on the variety and environment the pepper is grown in. The pods can be small to large, elongated to short, and have a conical and tapered to multi-lobed, creased, and gnarled shape. The skin may be smooth or wrinkled, waxy, glossy, and taut, transitioning through shades of green, ivory, yellow, orange, and red depending on the variety. Underneath the skin, the thin to thick flesh is aqueous and crisp, encasing a central cavity filled with membranes and round and flat, cream-colored seeds. Yellow chile peppers may have earthy, sweet, fruity, floral, or smoky flavors, and the spice levels will vary dramatically between cultivars ranging from mild, moderate, to scorching.

Yellow chile peppers are available year-round, with a peak season in the summer through fall.

Yellow chile peppers are an excellent source of vitamins A and C, which are antioxidants that can help support the immune system and rebuild collagen within the body. The peppers also contain folate, fiber, vitamin B6, and capsaicin, which is the chemical compound that triggers the brain to feel the sensation of heat or spice. The higher the capsaicin content, the spicier the chile pepper will be, and capsaicin has been known to provide anti-inflammatory benefits.

Yellow chile peppers are best suited for both raw and cooked applications such as steaming, roasting, grilling, baking, sautĂ©ing, and stir-frying. When fresh, Yellow chile peppers can be sliced and tossed into green salads, diced for ceviche, sliced and displayed on appetizer plates, or chopped into salsas, marinades, and sauces. The peppers can also be baked into casseroles, used as toppings on pizza, tacos, and pasta, grilled as a smoky side dish, or cooked into pepper jelly and sauces. Larger varieties of Yellow chile peppers are ideal for stuffed preparations such as chile rellenos and are stuffed with grains, meats, and cheeses. In addition to fresh preparations, Yellow chile peppers, depending on the variety, can be dried and ground into a spice or pickled for extended use as a condiment. Pickled yellow chile peppers are a classic ingredient on sandwiches, hot dogs, burgers, pizzas, and salads. Yellow chile peppers pair well with meats such as beef, pork, poultry, and fish, eggs, tofu, bell peppers, avocado, mango, herbs such as basil, mint, thyme, cilantro, and oregano, rice, quinoa, couscous, eggplant, carrots, zucchini, and celery. The fresh peppers will keep 1-2 weeks when stored whole and unwashed in the crisper drawer of the refrigerator.

Yellow chile peppers are favored for their bright hues to provide color contrast in both gardens and culinary dishes, but the color is also a signal for nutritional value. In the United States, the â€śeat the rainbowâ€ť food movement is encouraging consumers to have as many colors of produce on their plate in one meal in order to obtain different vital nutrients. Yellow produce items, like Yellow chile peppers, are known for their antioxidants such as vitamins A and C. Using color as a general guideline for nutritionally balanced plates has also become popular through the use of social media platforms. Rainbow-hued dishes are aesthetically-pleasing visuals that are being reposted, discussed, and shared through intricately designed photographs in order to market new health campaigns.

Yellow chile peppers are native to Central and South America and have been growing wild since ancient times. The peppers were spread throughout the Americas via migrating peoples and tribes, and then in the 15th and 16th centuries, the peppers were introduced to Europe and Asia via Spanish and Portuguese explorers. Since their introduction into Europe and Asia, the peppers were transported across spice routes and rapidly grew in popularity as a culinary ingredient and ornamental home garden plant. Today Yellow chile peppers are available through specialty grocers, farmerâ€™s markets, and online seed catalogs for home garden use in Asia, Europe, Australia, North America, Central America, South America, Africa, and the Caribbean.

Restaurants currently purchasing this product as an ingredient for their menu. the other 4...

Recipes that include Yellow Chile Peppers. One