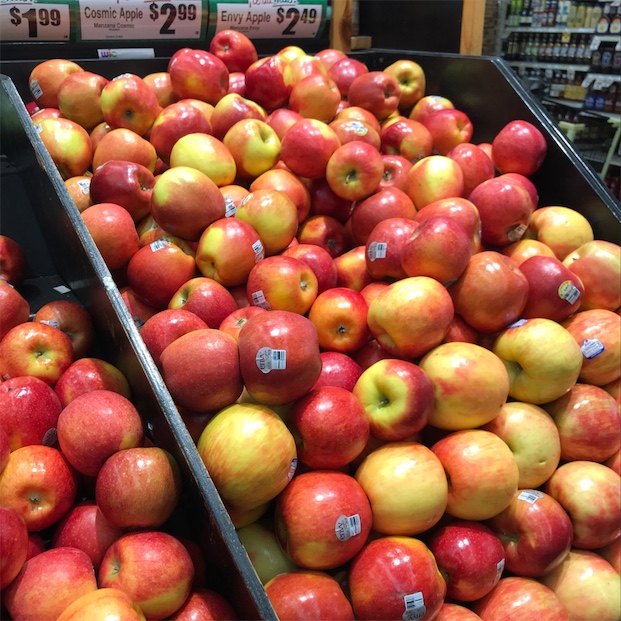 Peppermint is grown for its highly aromatic and flavorful leaves. Its oval leaves are veined and serrated. Their coloring is vivid to dark green and occasionally blushed with purple or bronze depending upon variety. If allowed to bloom it will produce petite purple flower spears. The flavor and aroma of peppermint is herbaceous and minty, and imparts a cooling sensation on the palate, a flavor and sensory experience that is due to its high content of menthol oils.

Peppermint may be found year-round, with peak season in the summer.

Peppermint, scientifically named Mentha piperita due to its slightly piquant flavor, is a member of the Labiatae family. A hybrid mint, peppermint is a cross between watermint and spearmint. Peppermint is most commonly used for it volatile oils, most notably menthol, which is utilized in a variety of different applications ranging from chewing gum, toothpaste and candy to candles, soap and medications.

Peppermint has anti-parasitic, antiseptic and antiviral properties. As an inhalant, peppermint's essential oil treats nausea, indigestion and shock and is said to improve concentration. Peppermint leaves are also rich in vitamin A, foliates, riboflavin and vitamin K.

Peppermint is utilized mainly for the mentholated essential oils that can be extracted from its leaves. The fresh herb can be used as well in a variety of raw preparations. Muddle peppermint leaves and use to infuse a minty flavor into whipped cream, gelato, custards and popsicles. Add leaves to cocktails, soda water, tea and hot cocoa for a minty kick. Chop leaves and add to green, grain and fruit salads. Its flavor pairs well with berries, citrus, sweetened creams and chocolates.

The Greek philosopher and botanist, Theophrastus, named the Mentha genus from a story in Green Mythology. It was said that the nymph Menthe was so adored by Pluto that Proserpine became jealous and had her turned into the plant that we know as mint.

Peppermint is believed to be native to the Europe and the Mediterranean basin. Pliny notes in his writings that it was used by the Greeks and Romans to decorate and scent banquet tables as well as an ingredient in some sauces and wine preparations. Commercial production is believed to have made its way to the United States in the early 1800â€™s in Wayne County New York. Soon after production of oil spread to Michigan and by 1920 Michigan had become the hub of true mint oil distillation producing nearly 90% of the worldâ€™s supply at that time.

Someone shared Peppermint using the Specialty Produce app for iPhone and Android.