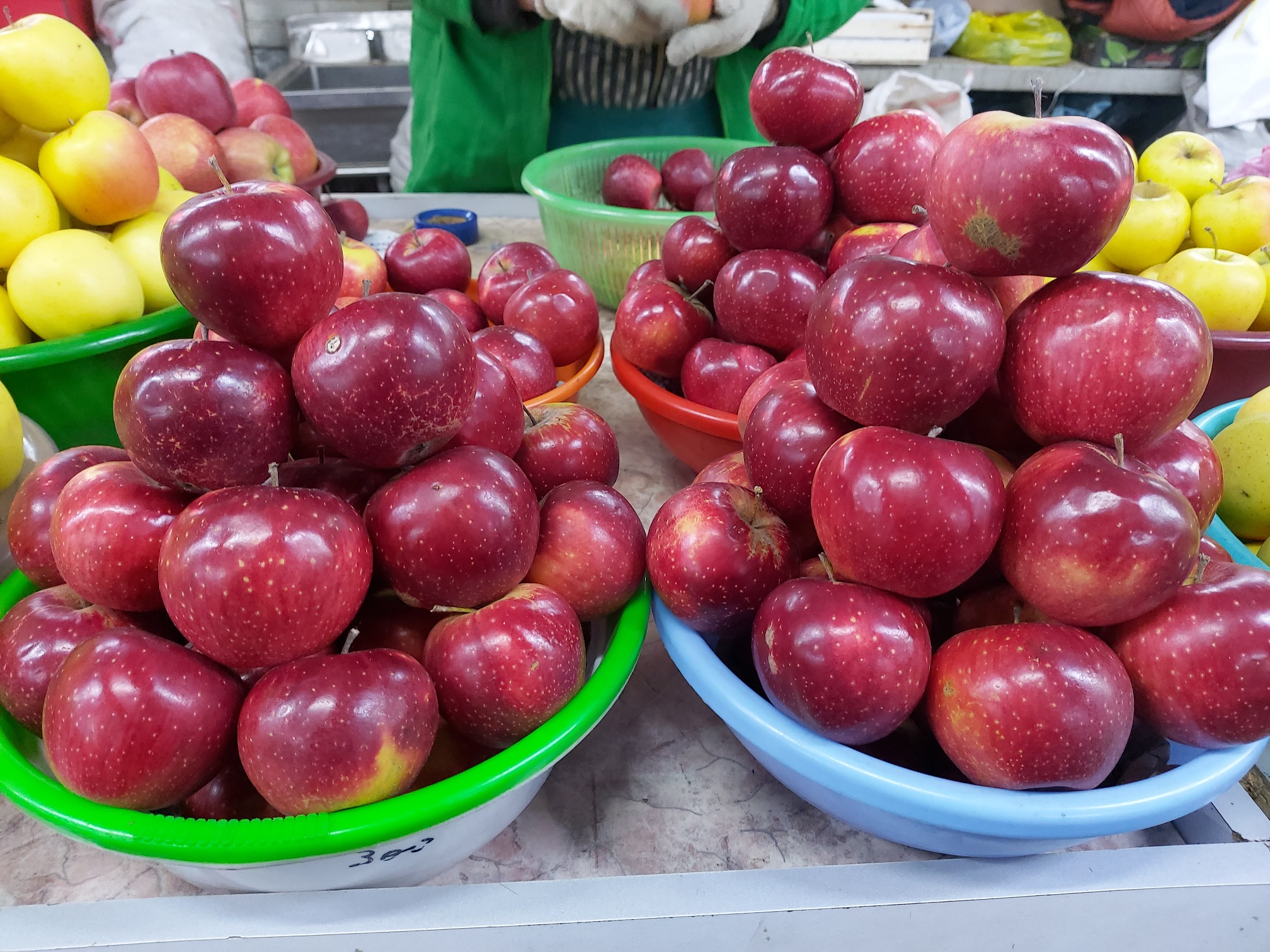 Bok choy consists of a clustered base of thick stems and oval-shaped leaves, averaging 20-25 centimeters in length with the ability to grow up to fifty centimeters in length. The smooth, firm stems are bright white, crunchy, and slightly curved. Connected to the stems, the crinkled, dark green leaves are crisp and pliable with prominent white veins spanning across the surface. When raw, Bok choy has a crunchy, slightly fibrous consistency with a sweet, green flavor mixed with notable cabbage nuances and a mild mustard-like bite. When cooked, the texture softens into a tender consistency, and the flavor mellows into an earthy, mild taste.

Bok choy, botanically classified as Brassica rapa var. chinensis, is a variety of non-heading Chinese cabbage that is a member of the Brassicaceae or mustard family. Considered to be one of the oldest cultivated vegetables in the world, Bok choy translates from Cantonese to mean â€śwhite vegetableâ€ť and is a common ingredient used in Asian cuisine. Bok choy is known by many different names due to varying Asian dialects and is also labeled by variety names. Some of the most common names for Bok choy include Bak choi, Pak choy, Pak choi, Siu Bok choy, Bok choi, and Spoon cabbage. A symbol for prosperity and luck, Bok choy is favored in Asian cooking for its versatility, used in both hot and cold dishes, and is as an all-purpose vegetable adding fresh, umami-like flavors to dishes.

Bok choy is an excellent source of vitamins A and C, which are antioxidants that can help protect the immune system and repair cell damage. It also contains vitamins B6, K, and E, magnesium, potassium, iron, manganese, and calcium.

Bok choy is best suited for both raw and cooked applications such as steaming, boiling, grilling, braising, and sautĂ©ing. When used raw, the stalks and leaves can be shredded and mixed into slaws, or chopped and added to salads for a crunchy bite. Bok choy is most popularly utilized in cooked applications and can be sliced and incorporated into soups and stews or chopped into a filling for potstickers. The leaves and the stems can also be stir-fried or sautĂ©ed with other vegetables and meats to create a balanced main dish, and in Asian countries, the cooked greens are finished with sauces composed of oyster, soy, or hoisin sauce, sugar, garlic, and sesame oil. In addition to slicing and cooking, Bok choy can be halved and grilled for a charred flavor, pickled and fermented for a tangy flavor, or used as a substitute for napa cabbage in recipes. Bok choy pairs well with aromatics such as scallions, ginger, and garlic, meats such as poultry, beef, pork, and duck, tofu, lemongrass, sesame seeds, water chestnuts, bamboo shoots, carrots, mushrooms, and noodles. The leaves and stems will keep up to one week when loosely stored in a plastic bag and kept in the crisper drawer of the refrigerator.

In Singapore, where farmland is limited, and population density is at maximum capacity, vertical farming is becoming the benchmark for sustainable, efficient commercial vegetable cultivation and food security. Bok choy is Singapore's vertical farming vegetable of choice where it is stacked and grown in automated towers reaching over nine meters in height. Nearly a half a ton of Bok choy is harvested from the towers annually and is consumed locally through restaurants and fresh markets for home consumption.

Bok choy is native to China, originally from the Yangtze River Delta, where it has been cultivated for thousands of years. In the 14th century, Bok choy was transported via trade routes to Korea during the Joseon Dynasty, where it would become a key ingredient in kimchi. It was later introduced to Southeast Asia in the 16th century and Europe and North America in the 19th century via Chinese immigrants. Today Bok choy is still widely cultivated across Asia and Southeast Asia, and it is also grown and sold at farmers markets and specialty grocers in Australia, South Africa, Europe, Canada, South America, the Caribbean, Central America, and the United States.

Restaurants currently purchasing this product as an ingredient for their menu. the other 4...

Recipes that include Bok Choy. One