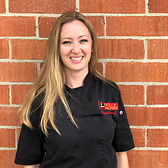 Yosemite Gold tangerines are one of the largest mandarin varieties, averaging 7 to 10 centimeters in diameter, and have an oblate shape with a slightly flattened appearance. The dark orange-red skin is smooth, lightly pebbled with prominent oil glands, semi-thin, and loosely attached to the flesh giving it an easy-to-peel quality. Underneath the surface, the orange flesh is divided into 10 to 12 segments by thin and stringy, white membranes and is generally seedless with a juicy and soft consistency. Yosemite Gold tangerines are aromatic when peeled, bearing a bright, fruity scent, and have a very sweet flavor balanced with mild acidity.

Yosemite Gold tangerines are available in the winter through mid-spring.

Yosemite Gold tangerines, botanically classified as Citrus reticulata, are a seedless hybrid belonging to the Rutaceae or citrus family. The large fruits were released in 2002 by the University of California Riverside Citrus Breeding Program and were created from a complex cross between a temple tangor with a dancy mandarin, additionally crossed with the encore mandarin. The variety is also known as Yosemite Gold mandarins and is favored by growers as a late-maturing fruit that can be sold in markets when many of the other mandarin varieties have disappeared for the season. Yosemite Gold tangerines also hold well on the trees into the spring, making it a favorite of home gardeners looking to extend harvests.

Yosemite Gold tangerines are an excellent source of vitamins A and C, which are antioxidants that can reduce inflammation within the body, protect the immune system, and help increase collagen production in the skin. The fruits also provide lower amounts of iron, calcium, folate, potassium, and magnesium.

San Francisco is home to one of the largest Chinese New Year celebrations outside of Asia, combining longstanding traditions with locally inspired twists. During the celebration, mandarin oranges are widely seen as an auspicious decoration. The word for mandarin in Chinese sounds similar to the world for gold, resulting in the orange fruit becoming a symbol of prosperity and wealth. Mandarins are consumed throughout the new year celebrations and are often displayed in bowls, on trees, and on platters as reminder of good fortune. During the festivities in San Francisco, there are many different varieties of mandarins sold in local farmer’s markets, and Yosemite Gold mandarins are a favored variety for their large size. The sweet fruits are also traditionally given with red envelopes filled with money to family and friends as a symbol of wealth for the year to come.

Yosemite Gold tangerines were created at the University of California Riverside's Citrus Breeding Program and were first crossed in the late 1980s. The variety was later released to commercial markets in 2002, with two other sibling varieties developed from the same parentage. Yosemite Gold tangerines were initially known as a TDE4 hybrid (temple, dancy, encore), which was a descriptor using the pedigree of the variety before it was officially named. The two other sibling varieties also shared TDE namesand when commercially released, all three mandarins were named after points of interest in California, known as shasta gold, tahoe gold, and Yosemite gold. Today Yosemite Gold tangerines are grown primarily in California and are sold through farmer’s markets and specialty grocers across the United States. The variety is also a popular citrus for home gardens.