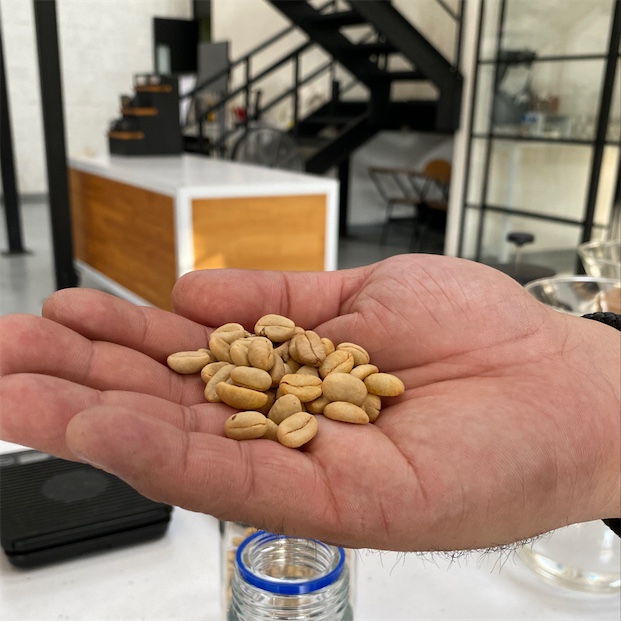 Reine Claude de Bavay plums are small to medium in size, ranging from 3cm in width to 5cm in length. This relatively small plum comes in a range of colors, from pale yellow-green to bright lime, to a deep olive green, speckled with red blush. The inner flesh is amber in color, dense in texture, containing a sweet nectar. Reine Claude de Bavay plums possess some of the highest scores on the Brix scale, reaching up to 30, meaning these plums are extremely sweet and sugary. The syrup like juices in this French plum taste of flavors of apricot and honey, with subtle citrus like acidity.

Reine Claude de Bavay plums are available during the summer months, and are especially available in France.

Reine Claude de Bavay plums supply vitamins A, C and K, as well as minerals such as potassium and phosphorus.

Due to their natural sweetness, Reine Claude de Bavay plums are commonly enjoyed raw, simply eaten out of hand. They are also a perfect for making delicious jams, compotes, and chutneys, as their flesh cooks down easily. Reine Claude de Bavay plums can be used to make spirits and liqueurs, as well as pickled or fermented. Vanilla, spices such as nutmeg and cinnamon, and citrus pair nicely with these decadent plums. Compotes or jams made from Reine Claude de Bavays can also be added to savory dishes made with pork, bacon, lamb, hard or soft cheeses such as manchego, or brie. To store, refrigerate ripe fruit for up to one week.

Reine Claude de Bavay plums are celebrated in France as they come into season. The French town of Moissac is commonly known as the best growing region of these plums, and vendors at the markets proudly display their certificate, showing that their plums are from Moissac. They have over 4,700 acres of greengage and related varieties, yielding three-quarters of Frances crop. Located at the convergence of the Mediterranean and Atlantic climate zones, this district features summers with hot sun to sweeten the plums, in addition to the cool nights that keep them hanging on the trees to fully develop their rich flavor.

It is believed that the plum variety known as greengages originated in Armenia. These small plums were traded, often dried, along the silk road, connecting China, Central Asia, the Balkans, including Georgia and Armenia, to the West of Europe. The plums eventually made their way to France in the 1700’s, during the reign of King Francis 1, and was named in honor of his queen, Claude.

Recipes that include Reine Claude de Bavay Plums. One