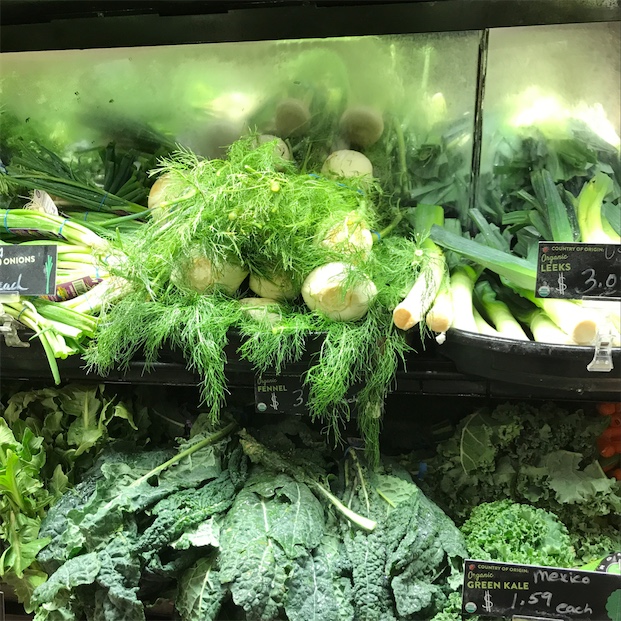 Gold beets are medium to large in size and are globular to round with a slightly flattened, irregular shape. The roots are connected to long and crisp, leafy green stems that are also edible and have a flavor similar to spinach and swiss chard. The rootâ€™s skin is semi-rough, covered in marks, russet, and scratches, and ranges in color from a deep orange to a mixture of gold, brown, and pale yellow. The skin is also firm with many small hairs covering the surface. Underneath the skin, the flesh is bright yellow to gold, dense, and aqueous with pale concentric rings. When raw, Gold beets are crunchy, and when cooked, they develop a tender, smooth consistency with a very mild and sweet flavor.

Gold beets are available year-round, with a peak season in the spring.

Gold beets, botanically classified as Beta vulgaris, are underground, edible roots that grow broad, green leaves and are members of the Amaranthaceae family. Also known under the Common beet and Garden beet name, there are several varieties of Gold beets with Touchstone Gold being one of the most popular cultivars along with Boldor and Golden Detriot. While still relatively unknown compared to their red counterparts, Gold beets are cultivated on a small commercial scale as a table variety and are also favored by home gardeners for their mild flavor and bright color. Gold beets are believed to have a smoother texture and a sweeter taste than red beet varieties and are increasing in popularity as consumers are being exposed to a greater number of beet varieties through the search for healthy foods.

Gold beets are an excellent source of folate, manganese, beta-carotene, and are a very good source of potassium, copper, and fiber. They also contain magnesium, phosphorus, vitamins B6 and C, and iron.

Gold beets can be consumed raw and are popularly shaved, shredded, julienned, or spiralized into salads, slaws, and soups. They can also be pickled for extended use, pureed for sauces, or blended into smoothies. When utilized in cooked preparations, Gold beets can be steamed with lemon juice, roasted for a caramelized consistency, or sliced and baked into thin chips. It is important to note that the skin should be removed before eating and is easily peeled once cooked. Gold beets may also be used as a red beet substitute is some recipes. In addition to the roots, Gold beet leaves are edible and are lightly sautÃ©ed, served as a side dish, layered under cooked meats, or tossed into a salad. Gold beets pair well with cheeses such as goat, feta, and manchego, meats such as poultry, fish, and bacon, apples, fennel, herbs such as dill, parsley, and mint, citrus, potatoes, shallots, vinegar, and walnuts. The roots will keep 2-3 weeks with the leaves removed and stored in the crisper drawer of the refrigerator, and up to one week when stored with the tops still attached. The green leaves will only keep 1-2 days once removed from the roots and stored in a plastic bag in the refrigerator.

Beets have been used in medicinal practices for thousands of years, and Gold beets offer similar nutritional and health benefits as the red varieties. Beets have one of the highest sugar contents of any vegetable, and Gold beets get their yellow coloring from phytonutrients called betalains. These compounds provide antioxidant, anti-inflammatory, and detoxification benefits, and due to these beneficial properties, beets are being utilized as a method to purify the blood and act as a liver tonic in Europe. Beets have also been used to treat kidney disorders, anemia, indigestion, heart disease, and other health issues and are often consumed in juice form as a medicinal aid.

Gold beets are native to the Mediterranean and Atlantic coasts of Europe and North Africa and have been present since ancient times, but few people grew them due to the greater demand for red varieties. Initially, the plant was cultivated for its leafy green tops, and the roots were often discarded or used as animal feed. Consumption of the root itself did not take place until the 1800s, and the discovery of the beet's high sugar content also led to its increased agricultural value. Gold beets remained relatively unknown until the 1940s when the Burpee Seed Company developed a gold variety for commercial sale. â€˜Burpeeâ€™s Goldenâ€™ beets were the first to be introduced to the market and home growers. Today Gold beets can be found at specialty grocers, farmers markets, and through online seed retailers in Europe, Asia, Australia, Africa, and the Americas.

Recipes that include Gold Beets. One