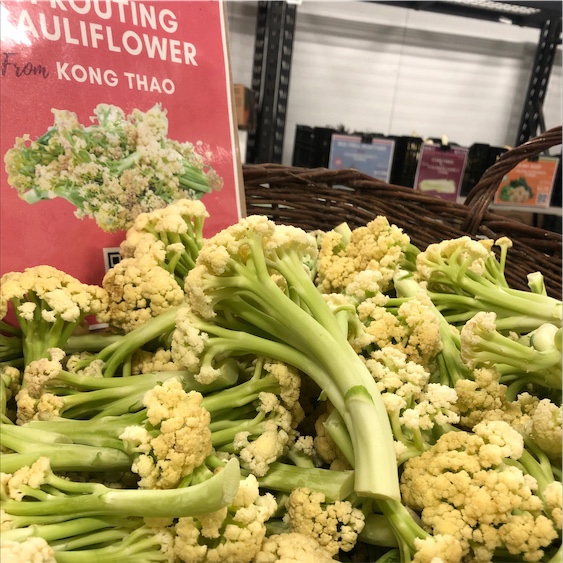 Ettinger avocados are similar to Fuerte avocados, pear-shaped with smooth, thin, bright green skin, which does not peel easily, and pale green flesh. Ettinger avocados have a mild flavor and lower oil content than other varieties, and the fruits average ten to twenty ounces in size. Their inner flesh, like nearly all other types, contains a large seed and cavity, which makes up ten to twenty-five percent of the fruit’s weight. The three main strains of avocados are the Mexican, the West Indian and the Guatemalan, the Ettinger avocado deriving from Mexican and Guatemalan types. The Ettinger avocado tree is very vigorous, and as a heavy bearer of fruit it is often the most profitable variety of many orchards. The tree has an upright growing habit with little spreading, and has the same tendency as the Fuerte variety to sometimes produce seedless fruits, called “cukes”, which may be harvested and sold as Cocktail avocados. Unlike most fruits, the avocado is one of the very few that does not ripen on the tree, and so growers can keep mature fruit on the tree for several months, allowing for greater control of the harvest volume.

The Ettinger avocado is a Type B avocado grown predominately in Israel. Avocados are scientifically known as Persea americana Mill., member of the Lauraceae family, and are botanically classified as a berry, with a leathery skin, edible smooth-texture pulp, and a large, inedible central seed. Avocado varieties are further identified as being either Type A or Type B. It is a common misconception that these indicate male and female plant types that must be planted together for successful pollination, when they actually refer to the life cycle of individual avocado flowers. All avocado flowers are in fact both male and female at various points in their daily flowering, allowing for avocado trees grown in mild climates to be productive without another tree acting as a pollinator. Type A varieties of avocados have flowers that open as females on the first morning and close that afternoon. The following afternoon, the flowers reopen as male, shed pollen for a few hours, and then close again. Type B varieties open as females in the afternoon of the first day before closing, and then reopen the next morning as males. The avocado’s flowering behavior is thought to promote cross-pollination since the male and female phases of an individual flower occur at different times. It is also believed that the inter-planting of complementary flower types can boost the fruit yield by making pollen available.

Avocados provide nearly twenty essential nutrients, including fiber, potassium, Vitamin E, B-vitamins, and folic acid. They also act as a "nutrient booster" by enabling the body to absorb more fat-soluble nutrients, such as alpha and beta-carotene and lutein, in foods that are eaten alongside the avocado.

Avocados offer an array of serving options, nearly all in their raw state as the tannins in the fruit result in a bitter flavor when the avocado is cooked over high heat. Avocados should not be boiled, but may be added just at the end of cooking to avoid damage to their taste. In their most popular form, guacamole, avocados are mashed with salt, lime, garlic and cilantro, as well as chilies and tomatoes, depending on the recipe. They can be sliced and served with apples, nuts and cheese, or eaten alone with a touch of lemon juice, salt and pepper. To speed up the ripening of an avocado, place it in a paper bag at room temperature with an apple or banana. The ethylene gas released by apples and bananas hastens the ripening of various other fruits, including the avocado. To halt the ripening of avocados, deprive them of oxygen, such as by storing them in a tightly sealed plastic bag. Store avocados at room temperature for one week, or until fully ripe, after which they will keep for two to three days. Only fully ripe avocadoes should be refrigerated. Preserve a cut avocado’s color by spraying, brushing, or dipping exposed surfaces with lemon juice and cover with plastic wrap to seal out exposure to air.

The avocado originates from the middle-Americas, and carbon dating has shown that they were eaten as early as ten thousand years ago. In the 16th century, Spanish conquistadors came upon this wonderful fruit, which was prized among the Aztecs. Avocados were brought to Great Britain in the 17th Century, but were a rarity in Europe until Israel began large-scale cultivation after the Second World War. The Ettinger avocado is the most cold and wind resistant variety grown commercially in Israel today.

Ettinger Avocados originated in Israel, and were first cultivated there in 1947. They were brought to the United States in 1954.

Recipes that include Ettinger Avocados. One