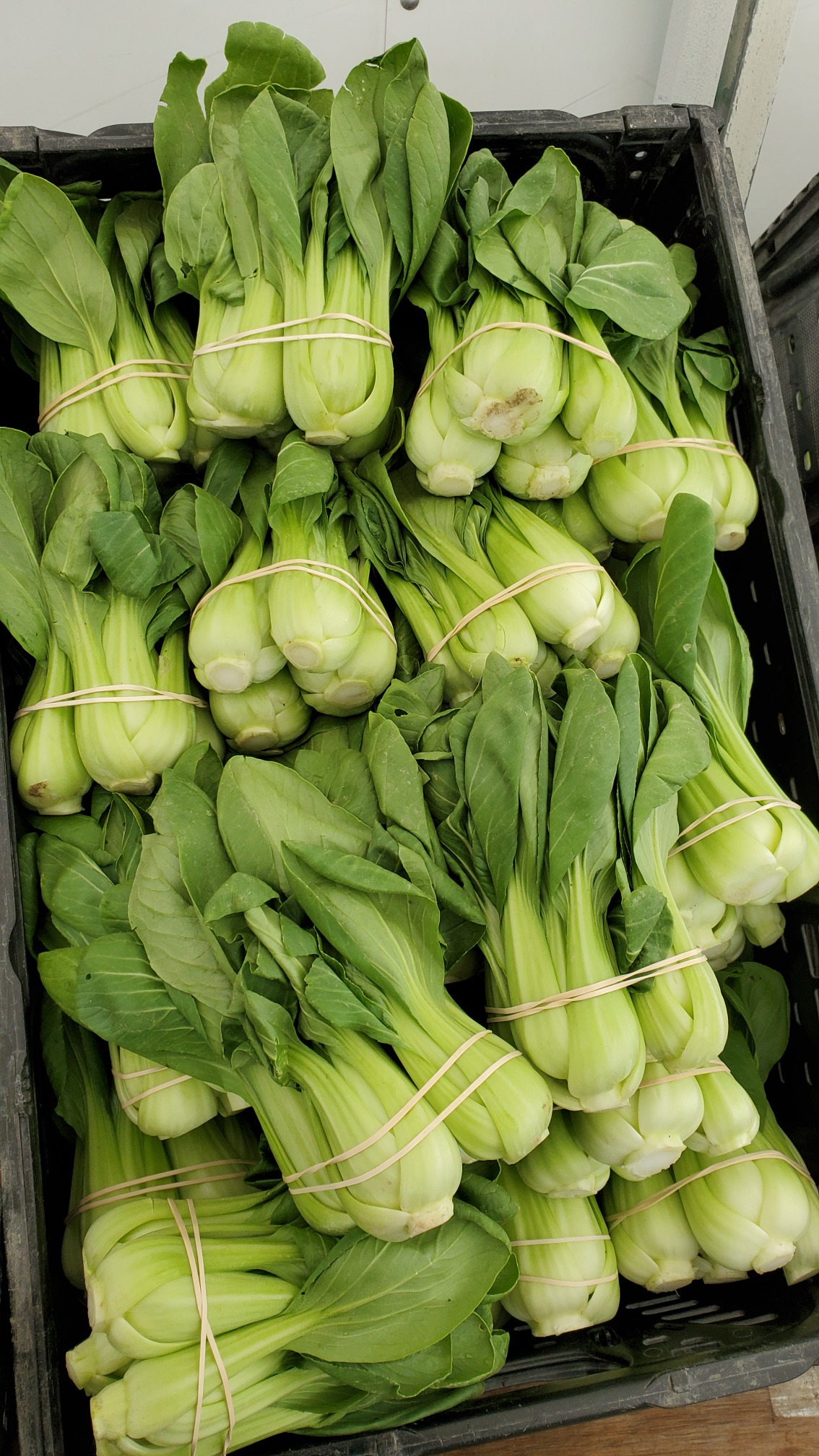 The Dragon Tongue bean can be utilized at multiple stages of maturity. When harvested young the entire bean, shell and seeds are edible. Young beans have a warm cream color and are ready for harvest when purple variegations appear on their stringless pods. Dragon Tongue beans have a broad shape and measure on an average six inches in length. Fresh, immature pods are crisp and succulent and bear four to six plump bone white seeds with pink to purple stripes. The fresh seeds are firm, slightly starchy, nutty, and sweet. The entire bean at this young stage can be eaten raw or cooked. When cooked, the bean will lose its variegated colors. If allowed to mature fully the stripes on the bean will turn to a deep red color and the internal seeds of the bean pod can be shelled and used as is or left in their pods to dry then used as a dried bean

Dragon Tongue beans are available mid-summer through the fall.

Dragon Tongue beans, AKA Dragon Langerie, and Merveille de Piemente, are botanically a part of Phaseolus vulgaris and a member of the Fabaceae family. Dragon Tongue beans are a Dutch wax type bush bean. They are also a dual purpose bean, qualifying as a fresh snap bean when young and as a shelled bean when fully mature.

When harvested young the tender pod of this bean is entirely edible. No shelling required. To preserve their crisp texture beans can be simmered or steamed for a few minutes then dropped in an ice bath to halt cooking. Even when cooked lightly their exterior coloring will fade once cooked. To showcase their coloring utilize young beans in raw preparations such as salads or served alongside creamy dips as a crudité. Dragon Tongue beans are also perfect for pickling along with fresh herbs, spices, and other vegetables. Fresh Dragon Tongue beans can also be stir-fried, braised or battered and fried in tempura batter. When more mature Dragon Tongue beans can be shelled and their seeds utilized as a legume. Fresh or dried Dragon Tongue seeds can be prepared similarly to other shelling beans and should be cooked before consumption. To store, wrap beans in plastic and refrigerate. For best flavor and texture use beans within four to five days.

Dragon Tongue beans are an open pollinated heirloom variety originally cultivated in the late eighteenth, early nineteenth century in the Netherlands. From there it spread to France and England then eventually to the New World. Dragon Tongue beans have been naturalized in a wide range of climates throughout the Americas, having the ability to adapt to heat and humidity. Like many beans of Phaseolus vulgaris Dragon Tongue beans are not tolerant of frost and seeds should be planted well after the ground has thawed for the season. Fresh snap beans will be ready for harvest sixty days after planting and shelling beans by one hundred days. Dragon Tongue beans are a great bean variety for home gardeners, known for their productive, high yields and incredible flavor.

Recipes that include Dragon Tongue Beans. One