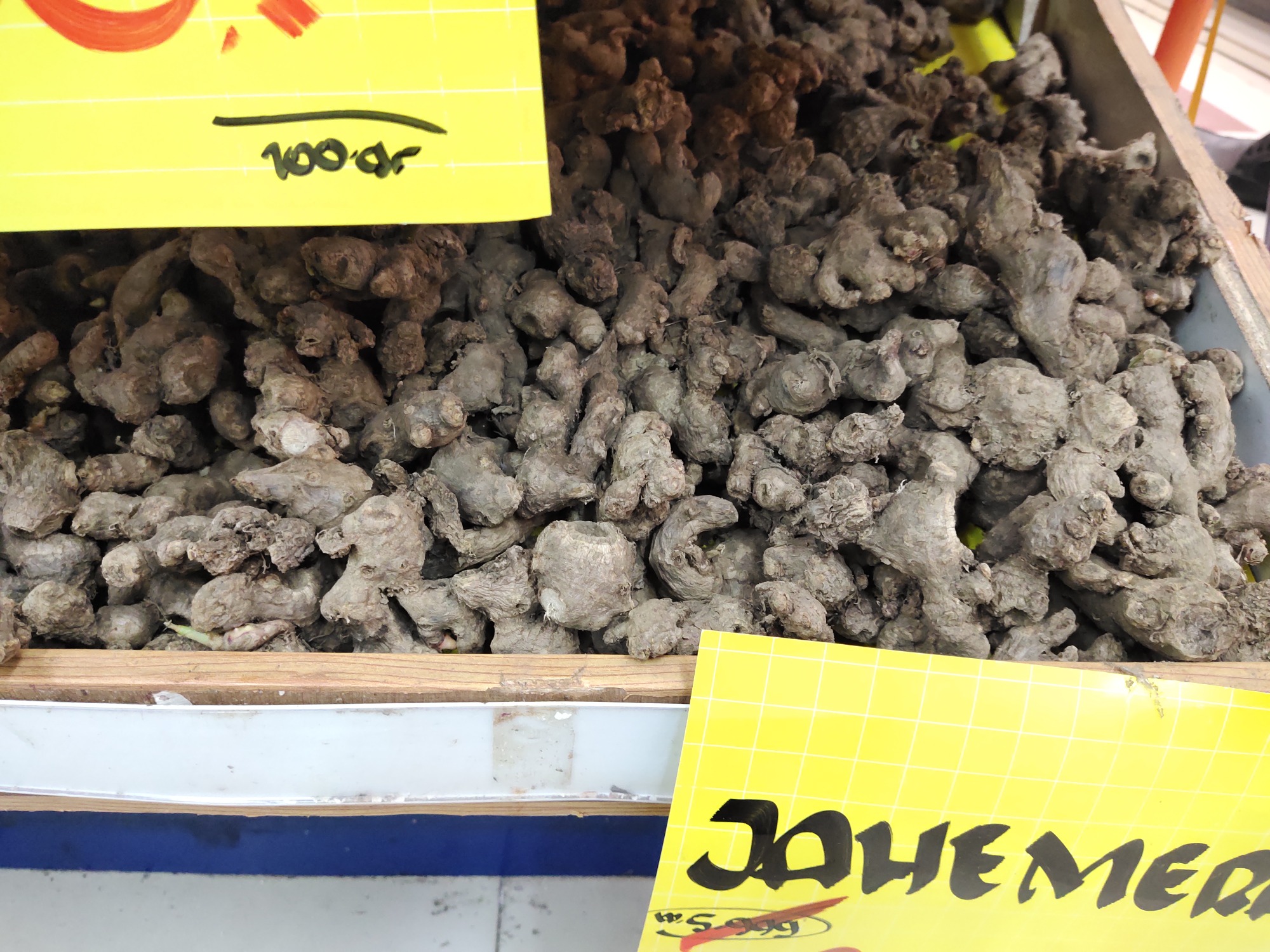 The Chinese yellow is green when it is young transforming into an oval shaped cucumber that has beautiful striking lemon-orange variegated (non-bitter) skin with an apple-crisp white flesh, mild yet cucumber-true. Subtle hints of lemony flavor are revealed once the cucumber is ripened. Its flesh is creamy white, the seeds are surrounded by a thin gelatinous coating. When this variety ages its stripes fade and its skin turns a beautiful, yellow-orangish brown.

Cucumbers are very tender warm-season plants that grow best in temperatures from 65 degrees to 75 degrees. California cucumber season is April through August. Weather and other factors can affect availability.

Chinese cucumbers have vigorous vines and they are very prolific, producing hundreds of cucumbers from just a few plants.

Widely used for soup making in Chinese households or restaurants, the yellow cucumber is cut into cubes and boiled. it is also widely used for pickling.

This cucumber is a very rare heirloom variety native to mainland China, hence its name.