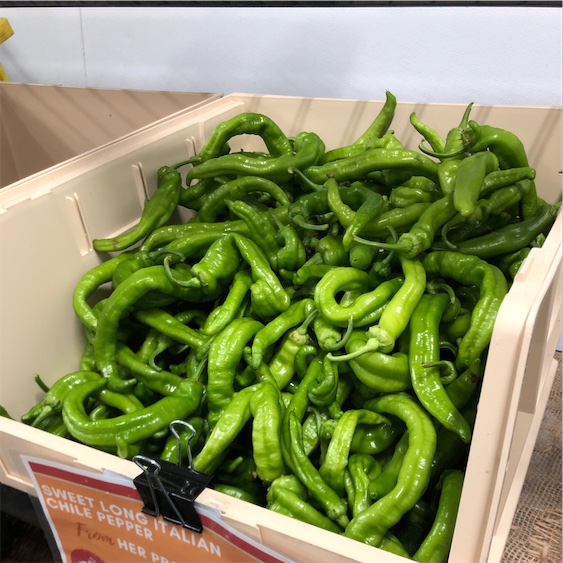 Like other pomelos, Chandlers are very large for citrus. Chandlers are particularly large and round, with a yellow to yellow-pink rind. The flesh is light to dark pink and ricey in texture but still juicy. Seeds are usually present in abundance, but only when cross-pollinated by fertile citrus types. The flavor is mostly sweet with some acidic notes, and Chandler pulp may even have contrasting tastes in different sections.

The Chandler pomelo is available mid-winter through early spring.

The Chandler pomelo is one of many Citrus maxima varieties. Citrus maxima, known by its common name of pomelo, is a large, fairly sweet citrus fruit that has been used in the parentage of other citrus such as grapefruit and tangelos. Less common names include pummelos, shaddocks, and Chinese grapefruit. The Chandler pomelo is a hybrid of the Siamese Pink and Siamese Sweet varieties.

Pomelos are extremely high in Vitamin C, and Chandlers are no exception. They also contain potassium, magnesium, Vitamin B6, and dietary fiber. Their dietary properties make them helpful in preventing colds and for digestion.

Pomelos are most commonly eaten fresh or made into juice. To eat a fresh pomelo, score and remove the rind, peel off the pith, and cut or divide into sections. Alternatively, cut it in half and scoop out with a spoon. Pomelos are also juiced and made into jam, or cut up into salads. The flesh pairs well with other tropical fruits, herbs such as cilantro and mint, fish, and chicken. Add it to dishes near the end of the cooking period, since pomelos can taste bitter when heated. The skin is thick and bitter, but can be candied or made into marmalade. Choose Chandler pomelos that feel heavy for their size and have a floral scent with unblemished skin. Chandlers should be yellow rather than green when ripe, and have soft skin. Pomelos store well because of their thick flesh; place either in a cool, dry location or in the refrigerator.

Pomelos have been used for more than food in these countries, and are used in traditional medicinal practices to treat coughs, fevers, and digestive issues. Pomelo tree wood is used to make tool handles, while the flowers are made into perfume.

Pomelos are native to southeast Asia where they grow wild and are easily cultivated. They grow in abundance in countries such as Malaysia, Fiji, China, and in Hawaii. Commercially, they are grown in Asia, Israel, California, and Florida. When they were introduced to the Americas by an English explorer in the seventeenth century, they did not grow well everywhere but were later used to parent other citrus types such as the popular grapefruit. Along with many other pomelo varieties, the Citrus Research Center at the University of California Riverside specifically developed the Chandler pomelo. The first budwood was collected in 1959, and released for commercial production in 1961.

Recipes that include Chandler Pomelos. One