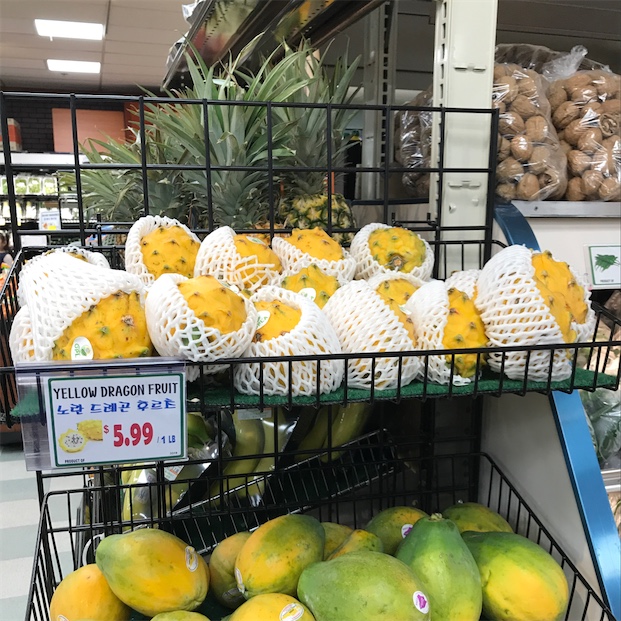 Baby Red Swiss chard are small delicate leaves that resemble young beet greens or baby red spinach, which are both in the same family. Less is more in the case of Baby Red Swiss chard. The leaves are more delicate and more sweet than their mature counterparts. They lack the developed bitterness and earthiness that makes chard varieties unfavorable to many palates. The elongated oval leaves have delicate, thin red stems and veins. The mildly sweet flavor is spinach-like and slightly earthy with a sweet nutty finish.

Baby Red Swiss chard are the young immature leaves of Beta vulgaris subsp. cicla var. Flavescens, a member of the beet family. Just like other red-colored plants in its family, Baby Red Swiss chard contains betalain pigments within its stalks and leaves. These pigments are responsible for the plant's vivid red colorings and vital for the plant's survival, attracting bees and insects for pollination while also providing natural UV protection. The plant also carries traces of geosmin, which is a volatile molecule displaying a wet-earth and woody aroma. Young immature plants carry less powerful geosmin aromatics as less contact with the earth may be directly related to the geosmin presence.

Chard is known to be a nutritional powerhouse vegetable packed with vitamins, nutrients and health benefits. Baby Red Swiss chard contains high levels of vitamins C, K, E, beta-carotene, calcium and the minerals manganese and zinc. As noted, it also contains betalain. Betalain pigments have repeatedly been shown to support activity within the body's detoxification process, activating and processing unwanted toxic substances. Betalains are not heat-stable, though, so longer cooking times can decrease their presence.

Baby Red Swiss chard can be used in any recipe calling for spinach or kale, especially in the raw form. It is often found in salad mixes as an added earthy flavor and rich red color. Though raw garnishes and salad mixes are the perfect opportunity to showcase Baby Red Swiss chard's texture and flavor, it may also be cooked with other greens such as mustard, arugula, chicories, spinach, red and green lettuces. It is best only lightly sauteed or wilted with olive oil, if cooked at all. Pair with flavors such as, poultry, pork, cream, melting, aged and blue cheeses, butter, eggs, olive oil avocados, nuts, citrus, mango, chiles, garlic, shelling beans, farro, sausages, bacon, mushrooms, ginger, fennel and shallots.

As its genus, Beta vulgaris, suggests, chard is, in fact, a beet that has been chosen for leaf production at the expense of root formation. All chard varieties are descendents of the sea beet (B. maritima), a wild seashore plant found growing along the Mediterranean and Atlantic coasts of Europe and North Africa. Red Swiss chard varieties were already being cultivated as a leaf vegetable in Greece circa 400 B.C. Through mutation, varieties have been developed with widened leaf stalks, milder flavor, soil adaptability and disease resistance. Baby leaves are harvested from the tender inner heart where flavors are sweetest and textures are most delicate.

Recipes that include Baby Red Swiss Chard. One