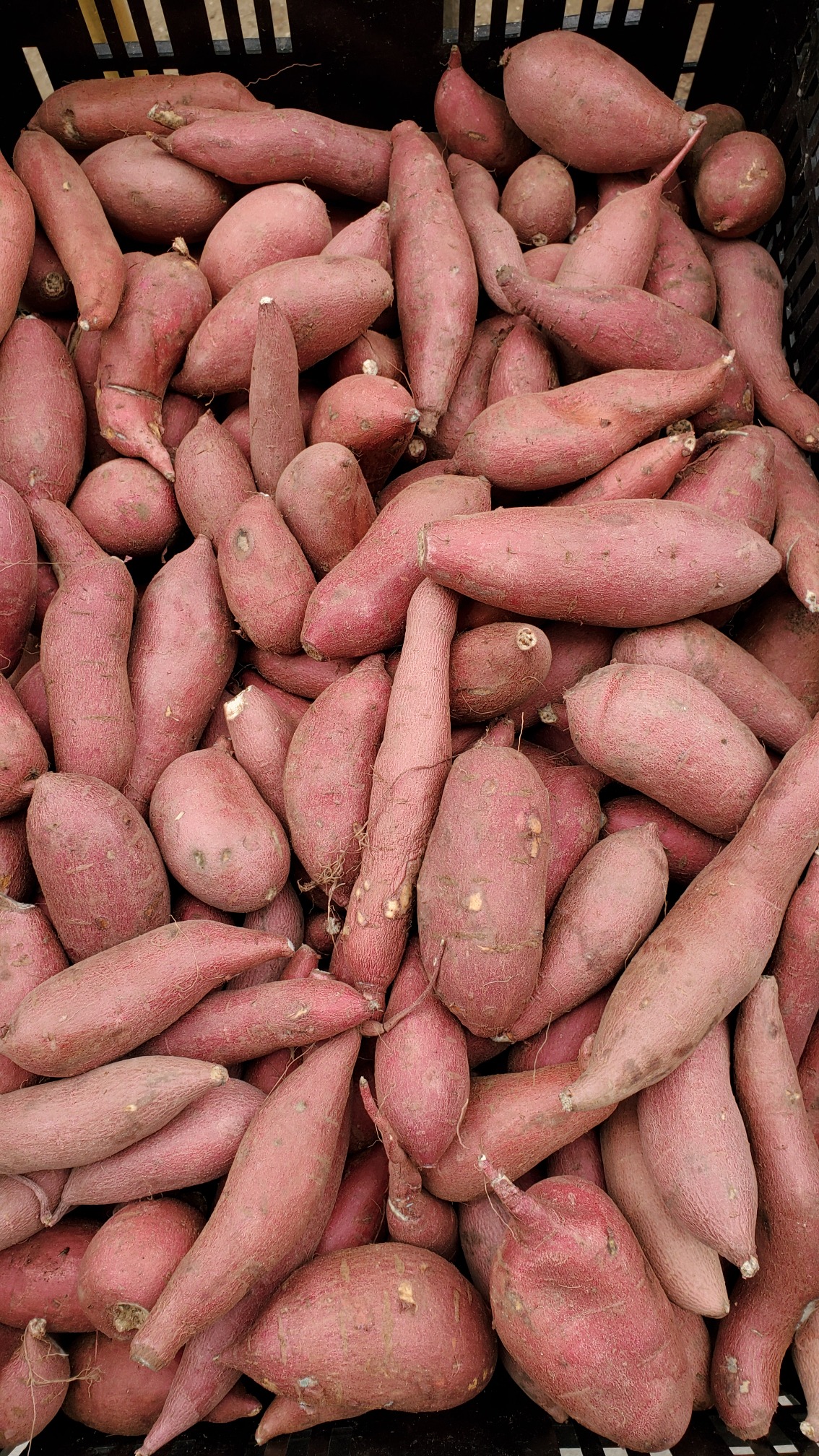 Baby kiwi fruit are small berries, just shy of the size and similar in shape to a grape, with a razor thin fuzz-free smooth skin. The exterior of the fruit is more vibrant than a common kiwi fruit, the color of muted green with hints of purple and brown. The skin, a less than protective peel to its flesh, is a mouthful of bright and zesty lime green flesh studded with black micro seeds and a barely opaque cream center. Baby kiwi fruit are a rather delicate fruit and post-harvest quality can deteriorate quickly.

Baby kiwis are available in the fall.

The Baby kiwi berry is botanically classified as Actinidia arguta, and is also known as Hardy kiwi fruit and Kiwi Berry. The Baby kiwi berry is a relative to the Fuzzy Kiwi Fruit or Chinese gooseberry. There are at least 50 different cultivars of the kiwi berry. Each cultivar has a unique shape, size, color and taste. The kiwi berry has a historically unsuccessful commercial record as the berry's shelf-life is sporadic and unpredictable, often yielding unproductive and less than edible fruits.

Baby kiwis are rich in vitamin C, potassium, fiber, calcium, iron and vitamins A and E.

The flavor of Baby kiwi fruit should be considered synonymous with fuzzy kiwi fruit and treated as such. Wherever one would use kiwi, Baby kiwi will easily step in with similar virtues, without the necessary peeling required for their larger counterpart. Baby kiwi can lend themselves to preparations both sweet and savory, cold and warm. Kiwis lend a sweet tart flavor to salads and cocktails. Pair Baby kiwis with less acidic fruits, decadent creamy desserts or fruit tarts. Within savory preparations, kiwi can enhance many ethnic foods from Asian to Latin. Kiwis stand up well to the richness of stewed meats, avocados, the boldness of peppery flavors, chutneys and the aged flavors of cheeses such as camembert.

The Baby kiwi fruit, though almost inherently associated with New Zealand, is native to China and Korea. Seeds from the kiwi fruit were taken to New Zealand in 1902 and soon thereafter fruit crops were being produced. New Zealand would dominate the commercial kiwi growing landscape for the majority of the 20th Century. In 1992, the Baby kiwi fruit found commercial birth at Hurst's Berry Farm in Sheridan, Oregon. Though it is classified as a subtropical plant, it thrives in regions that the common kiwi fruit simply cannot, surviving subzero temperatures during non-fruiting periods. There are only three commercial growing regions of the Baby kiwi fruit: California, New Zealand and Chile.

Recipes that include Baby Kiwi. One